Huge progress was made from 2017 to 2018 with regards to increasing the number of eligible families who applied for, and received the grandparent raising grandchildren stipend ($75.00 per month), by working with the Governor’s office and state agency administrators (Department of Children and Families – DCS). Expansion of eligibility and administrative outreach by DCS is a direct result of AZGA advocacy efforts and a significant public policy victory. 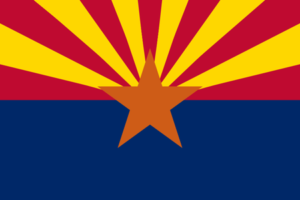 A direct result of discussions at the 2018 Grandparent’s Summit where the Assistant Director of the Office of Community Engagement (OCE at DES) spoke, was an internal review at DES which identified incorrect application of the policy for “TANF Child Only Kinship” resulting in a total of $19,928 issued in 2019 on 113 past cases that were reviewed and re-opened!

CEI won a first and only victory banning payday lenders in Arizona and now helps communities across the country combat similar 400% interest rates nonprofits in developing new products and services, like pre-paid debit cards, to take the place of payday loans.

Kelly Griffith: Our Victory from the Center for Rural Strategies on Vimeo.

Money Back Into Laborers’ Pockets

The Center for Economic Integrity has been honored for our unique and effective approach to economic justice.

“The Richard Elías Legacy Award is given to honor an individual who works with the Southern Arizona community to build resilience, work for justice, and honor the beauty and heritage for our community and for its members. This individual is a champion of our unique Sonoran desert and its people, and exemplifies many of the admirable qualities of Richard Elías: a person who is dedicated and willing to take risks, who is approachable and open to everyone in the community, and who promotes equity and opportunity.”

“This award is given to honor local 501(c)3 nonprofit community organizations that are working towards improving the well-being of children, youth, families, and community.”

“This is a highly prestigious award for an individual or organization that has become involved in the community or has demonstrated statewide efforts and has unselfishly made personal sacrifices to help others. This award will be given to an individual or organization whose life or mission reflects a dedication to fighting or eliminating poverty in his/her community or within the state of Arizona, and is truly an inspiration and role model in advocating against poverty.”

“Hundreds of stores in Arizona will no longer be able to charge triple-digit interest rates. Consumer groups hail the new protections for Arizona borrowers… [The] Center for Economic Integrity has organized volunteers who will spy on lenders and report abuses to state officials.”

“In Arizona, new laws prohibit common practices used in other states, such as charging fees that reduce hourly pay rates to levels below the minimum wage. ‘It’s a matter of ensuring the homeless won’t be getting exploited for the sake of the company’s profits.’ according to [the] Center for Economic Integrity.”

“‘If day labor were reframed to be transitional work, then it could be a valuable thing,’ says [the] Center for Economic Integrity. ‘Ultimately, it’s got to lead to something better.’”

“For years, advocates…have been pushing for federal action that would quash such predatory practices [as rapid tax refund anticipation loans]. Finally, momentum is on their side… [The Center for Economic Integrity]and other advocates urge families to get their taxes done free at Volunteer Income Tax Assistance (VITA) or AARP Tax-Aide sites… all money goes to the taxpayer.”